*where there are gaps more than 2.0 points between PP and non PP APS they have been commented upon and included as ‘significant’ gaps.

As of this year RAISEonline has made changes to the Closing the Gaps section in 2014. The pupil      group previously known as Free School Meals (FSM)/Children Looked After (CLA) will be referred to as disadvantaged. The group of pupils who are not disadvantaged will be described as other pupils, Forces pupils are therefore in other pupils.

* Gaps of more than -2.0 points between PP and non PP APS

The following table shows how this year’s end of Year 6 results will look on RAISEonline which will be published in the Autumn Term. Note that RAISEonline calculates APS points using whole levels only so a child who got a level 4 will score 27 points, a child who got level 5 will score 33 regardless of the fine grade, disadvantaged pupils refers to FSM/ CLA only.

All children on Pupil Premium are on an intervention programme or one to one targeted support. The provision is altered according to need following pupil progress meetings which are held three times a year.

An additional 10 hours TA time was timetabled in terms 5 and 6 to provide further support to PP pupils, this included time to carry out ‘Better Reading Partners’( BRP) , ‘Sounds Discovery’ in Year 4 and WESforD and social skills groups in Year 2.

‘Nessy’ an ICT programme aimed at dyslexic students was purchased in term 5 to target 15 children with specific literacy difficulties across Key Stage 1 and 2. ‘Sounds Discovery’, WESforD and Nessy continued to support and develop reading, writing and spelling skills. The ‘Dyscalculia Toolkit’ is being used across Key Stage 2 to support pupils with mathematical difficulties. 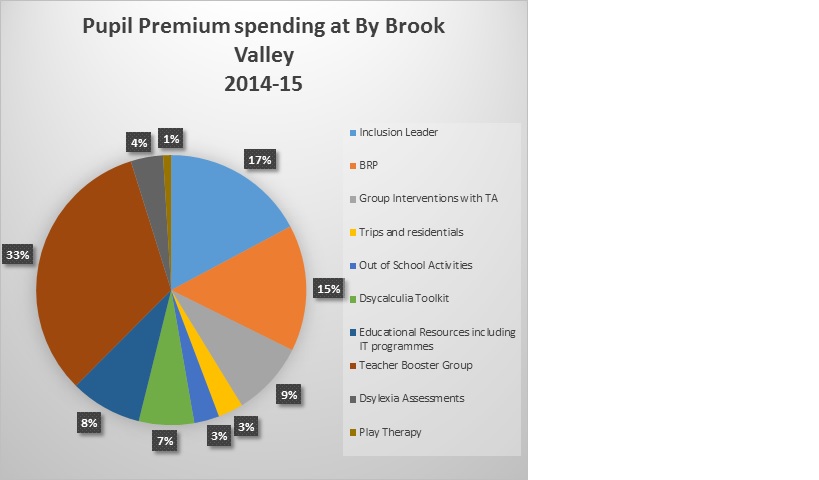