Today Hawks took part in an investigation to see what materials are good insulators! First we talked about the scenarios where you need to hear sound and the children said, if there is a fire alarm, if you are crossing a road, listening for cars and listening for your name when the teacher does the register. Then we talked about scenarios where you need to protect your ears such as, concerts and building sites. Then the children had some materials and decided to conduct a test to see which material was most effective at blocking out sound. They rated them from 1 to 10 then wrote which material was best at muffling the sound and why they thought this was as well as which material was worst and why they thought this was. Take a look at them conducting their experiment! 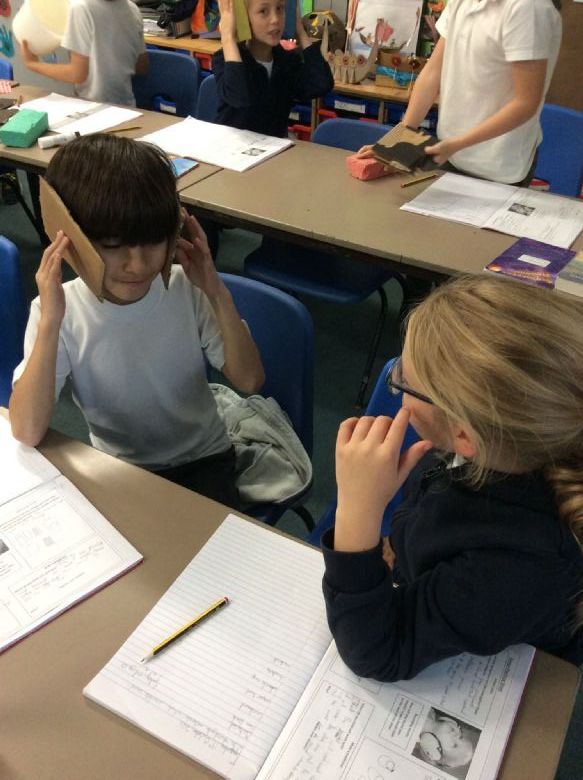 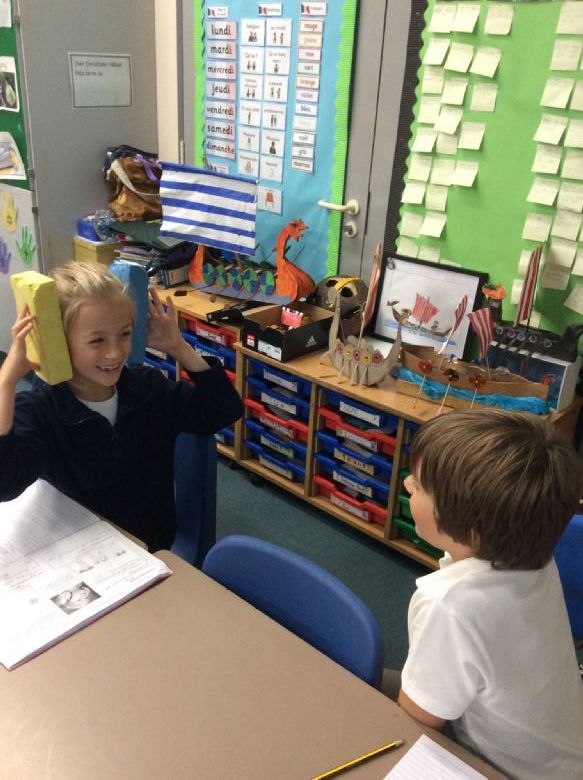 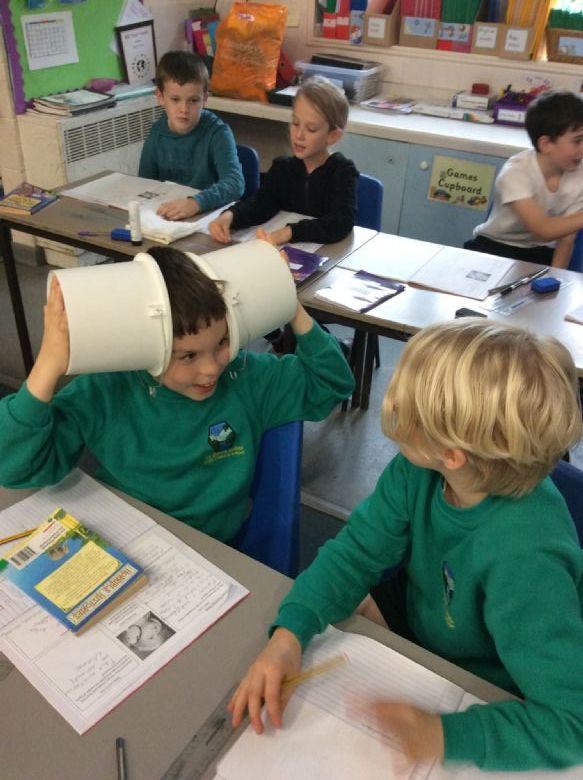 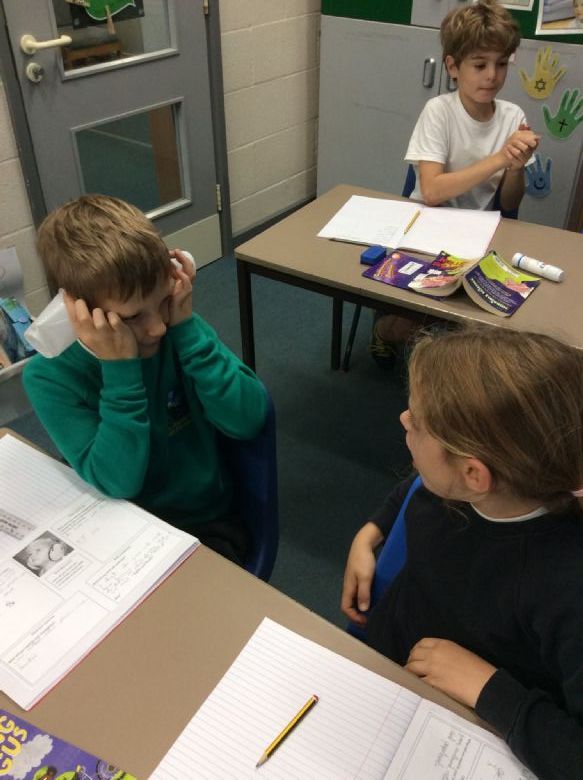 Most of the children decided that the bucket was the best insulator of sound as the material was thick plastic and the object covered the whole of the ear so that it limited sound waves and vibrations travelling to the outer ear.

Yesterday Hawks and Ospreys went to Chippenham Museum to learn all about the importance of it as an Anglo-Saxon Town! We learnt about why the Anglo-Saxons came to Chippenham and it was mainly due to the fertile land which meant farming was made much easier! We also learnt about the battle on 12th night between the Vikings which was so fascinating! The children shared their knowledge about King Alfred and how he was the only King ever to be named 'Great'! We completed some activities on Anglo-Saxon towns, runes and the ordering some key events! We then went on an incredible walk around Chippenham to discover where the Vikings would have invaded and what helped the Anglo-Saxon's. For example, them settling at the top of the hill and having a river in the town gave more defensive! In the museum they have a horse's stirrup which was found in the Avon River which shows us how the Vikings travelled and what they battled on! Take a look at our pictures! 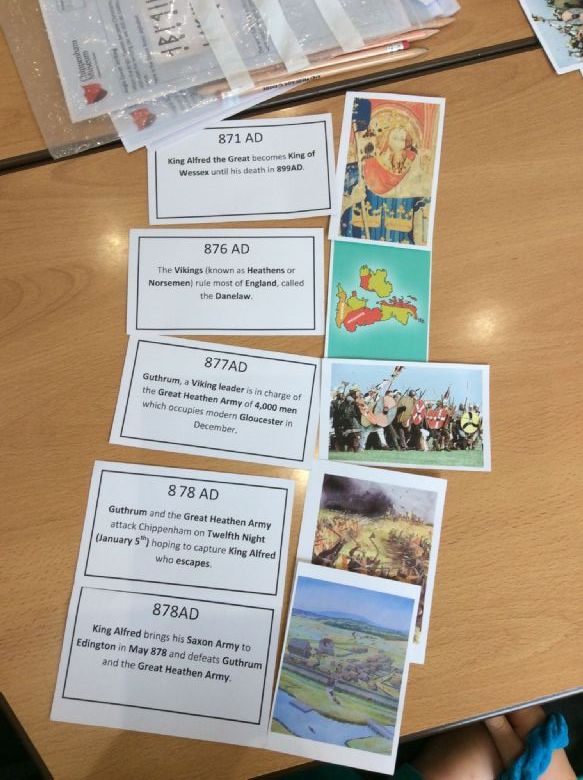 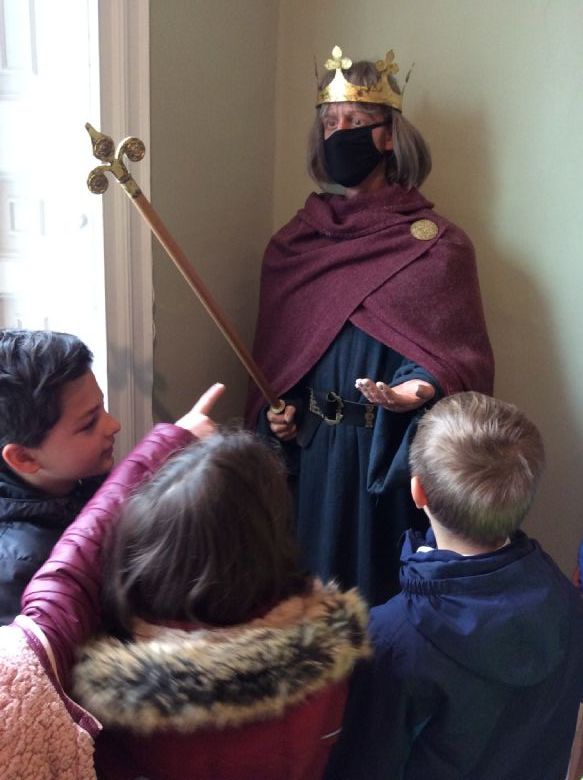 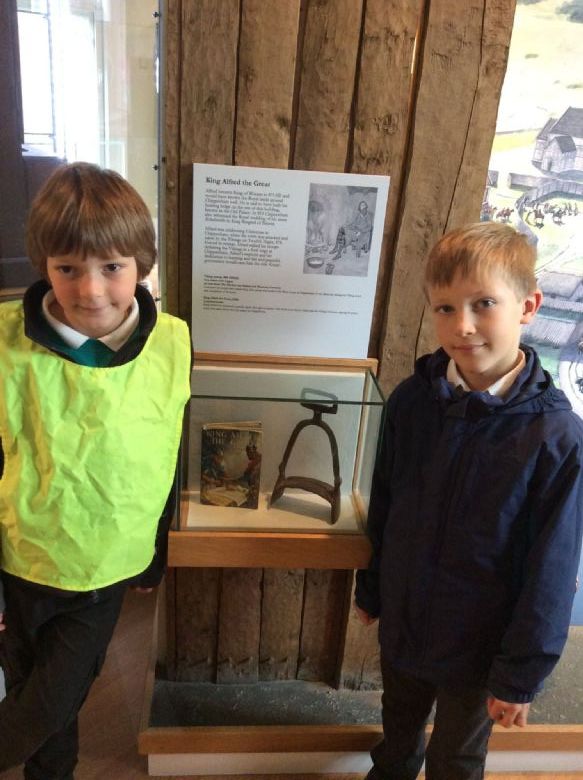 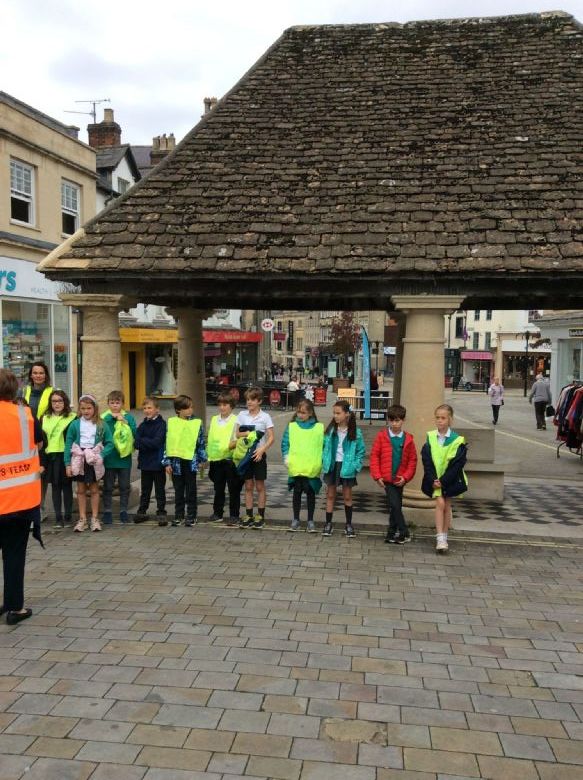 As part of Black History Month children in Hawks learnt about the story of Rosa Parks! A child in the class had a book of wonderful influential people and in it was Rosa Parks so we read this out to the class and then watched a video all about her incredible story.  After this, the children acted out the story and they did brilliantly! 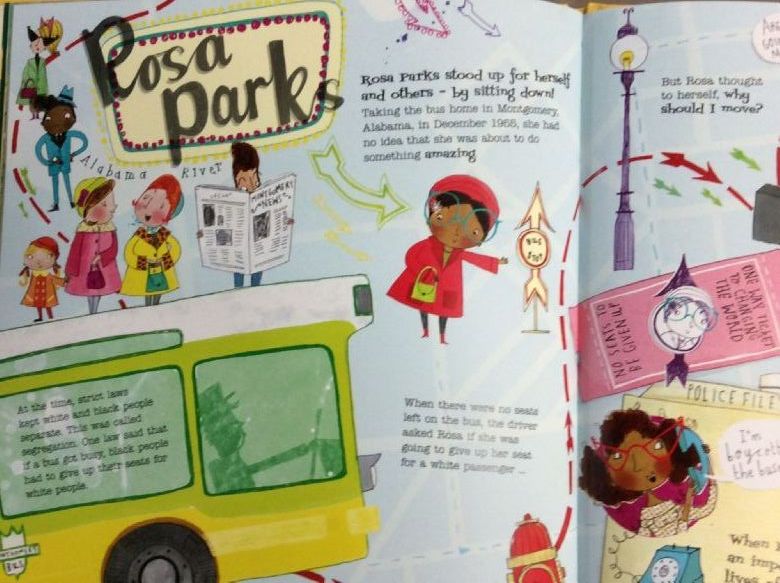 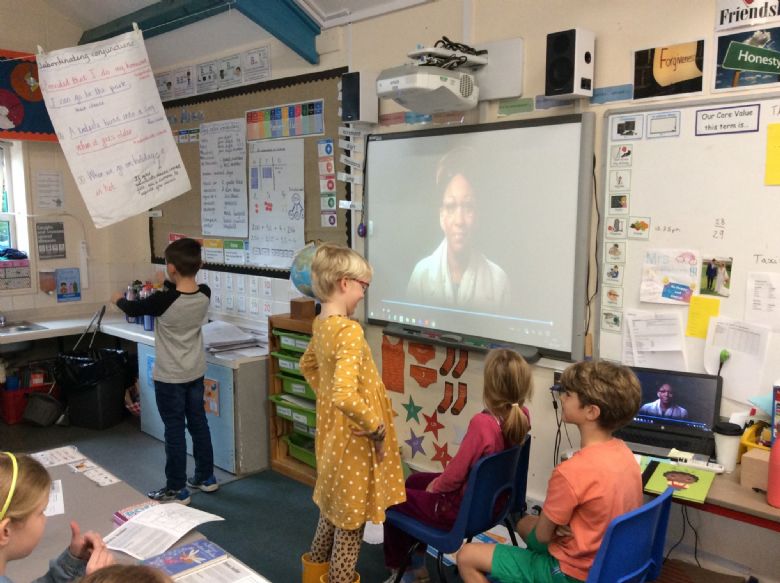 Children in the class said...

"I would feel quite alone if I was her, we're all equal" Evan

"She did nothing wrong, she shouldn't have had to sit somewhere else, it's not her fault she had the skin colour she was," Y4 child

It's National poetry day today so at the end of the day we watched Michael Rosen's famous 'Chocolate Cake' poem. I told children how it is one of my favourite poems and the children absolutely loved it! This is what they said...

"I really liked it because it was so funny!" Lucia

"I liked it because it was almost like a story." Evan

"I like how he acts in it because you can picture it more." Bethany 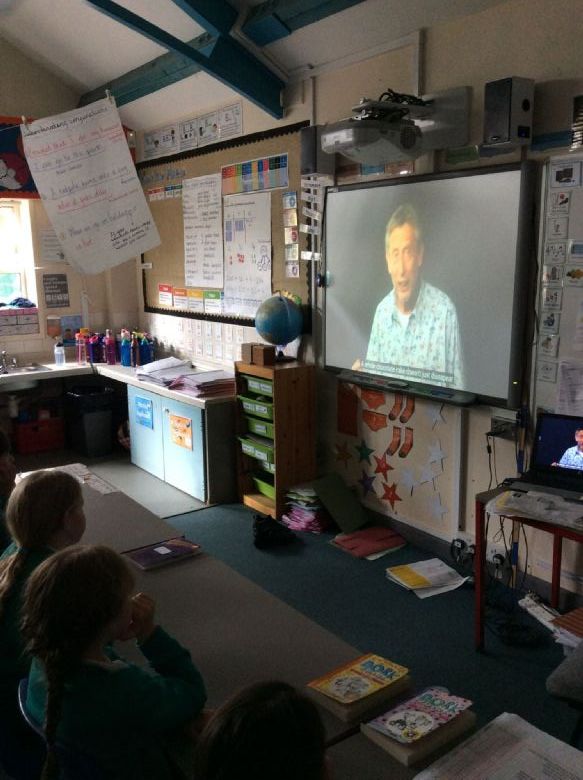 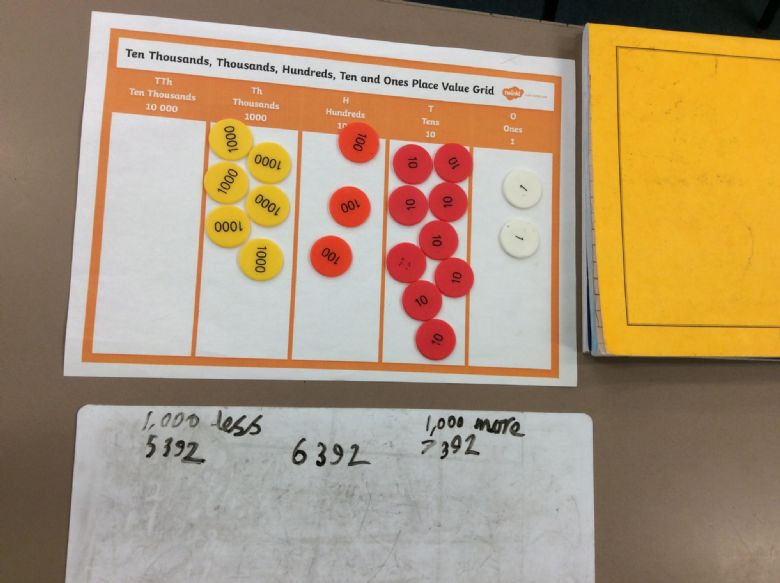 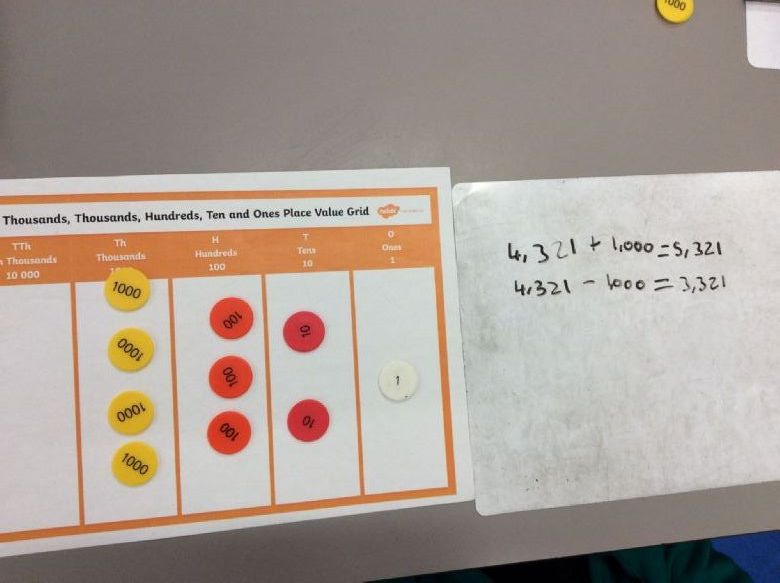 Today, Hawks looked further into how vibrations are made! First, we tapped the tuning fork on the side of the table. Then, the tuning fork vibrated. Next, we put the tuning fork in the water. The tuning fork was vibrating and the ripples move outwards from the fork. It made a little splash.  This is how sound travels, by causing the particles around the vibrating source to vibrate, which make other particles  vibrate, sending a ripple away from the vibrating sound source. The children then looked at how sounds travel best by making a string telephone! The children worked out when you speak into the cup, the back of the cup vibrates. The vibration extends into the string, like a push on a slinky. The sound waves or vibrations, move through the string. They worked out the string telephones worked best when the string was taut. This was because when the string is loose, it is softer than when it is taut. Soft materials tend to absorb more sound than solid ones. Take a look! 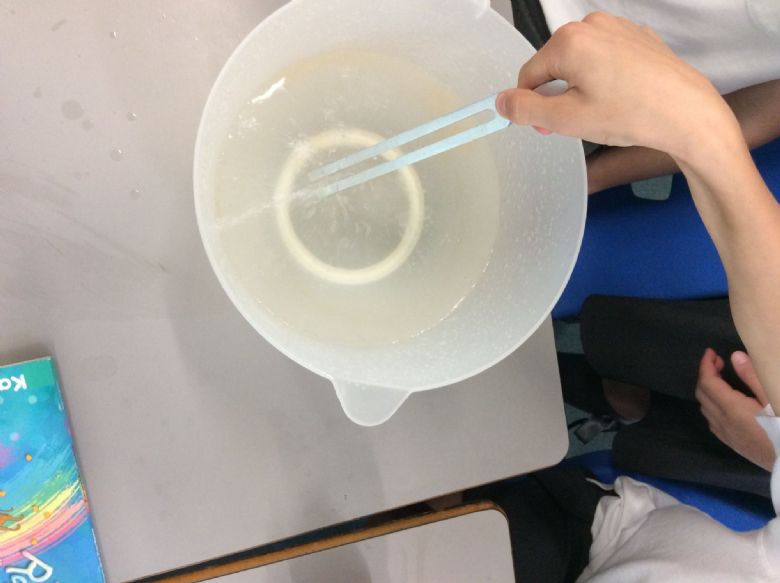 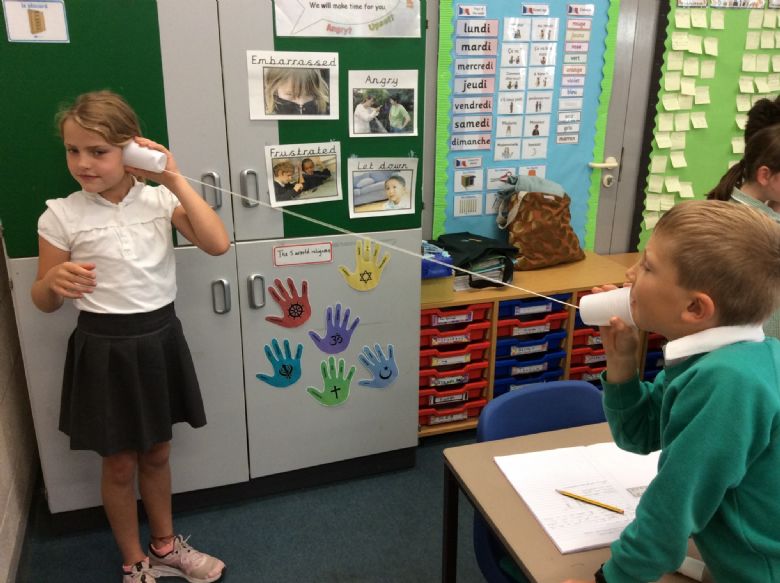 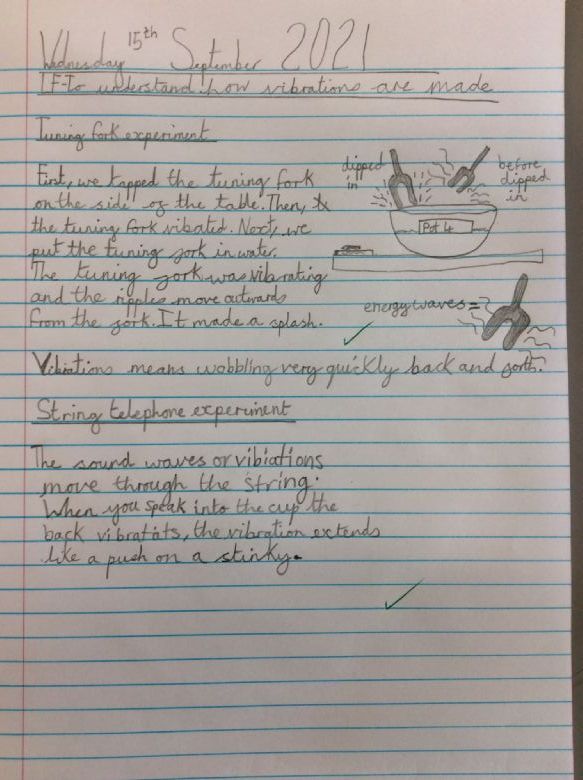 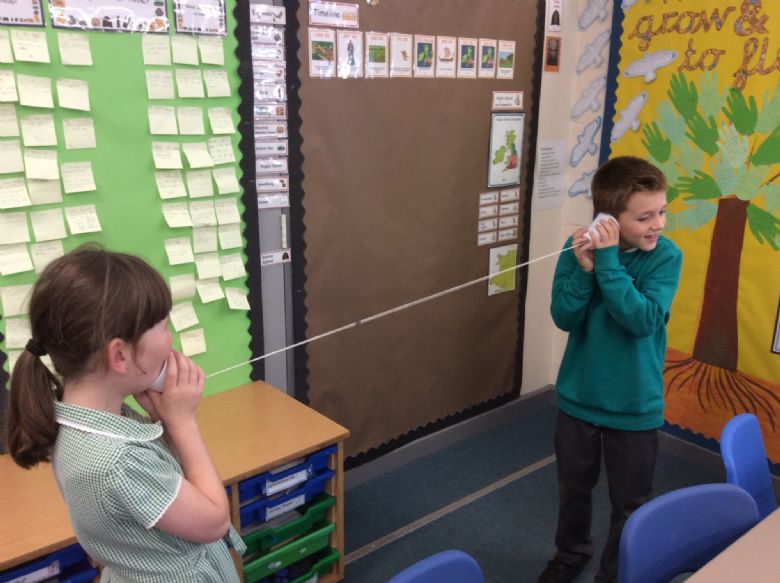 Take a look at the recordings from our sound walk! 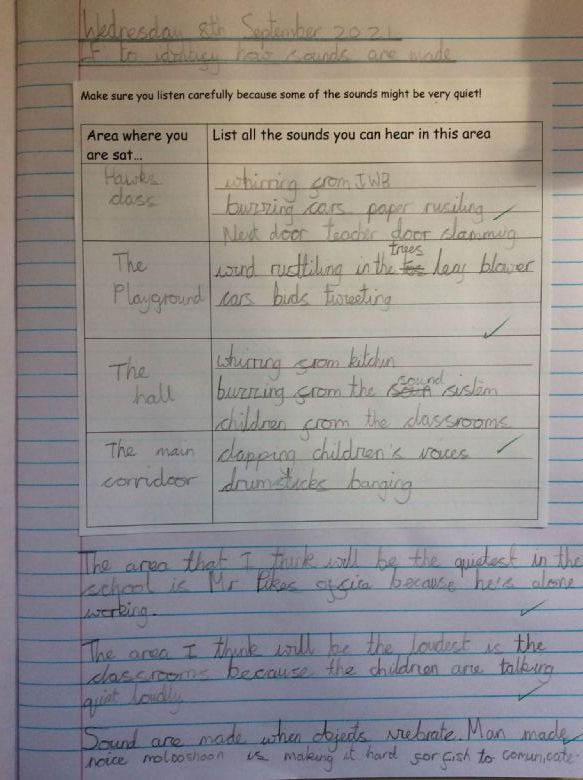 Hawks had a very exciting start to the day as they spotted a huge footprint on the school playground! The children thought about what it could be and wondered whether the BFG had been or Iron Man! We inferred it must have been Iron Man as we found bits of metal he had left on his escape!  We then thought about adjectives to describe the texture, colour, look and temperature of the metal! Take a look at the pictures! Someone suggested one of the items looked like it could have been Iron Man's ear! 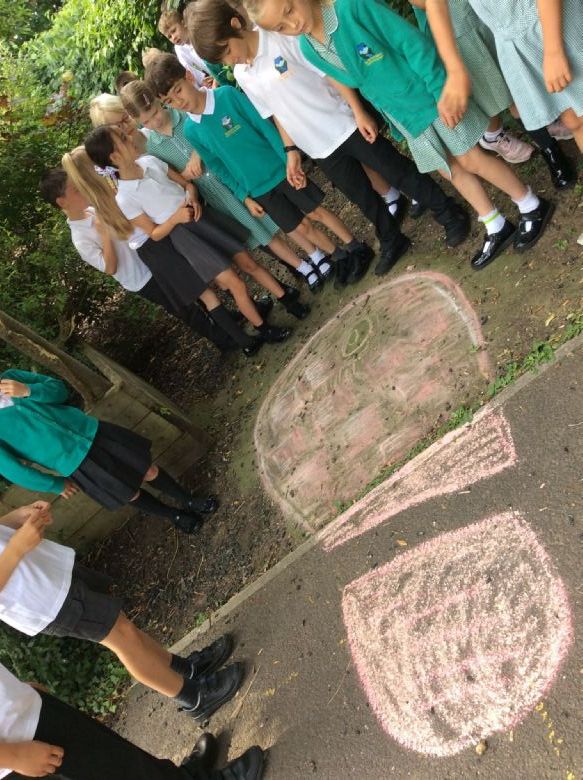 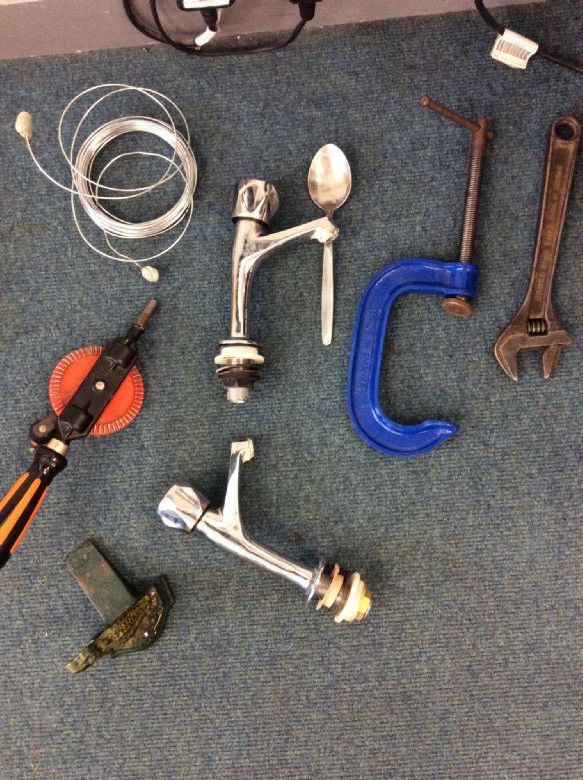 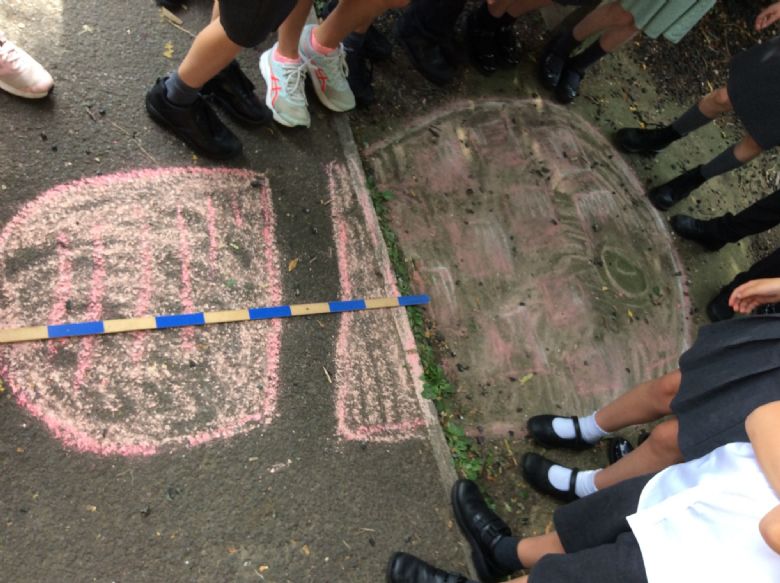 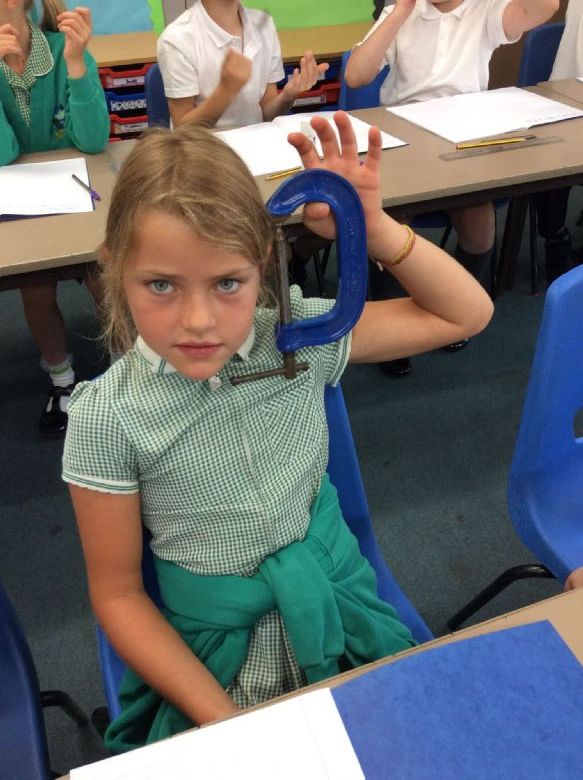